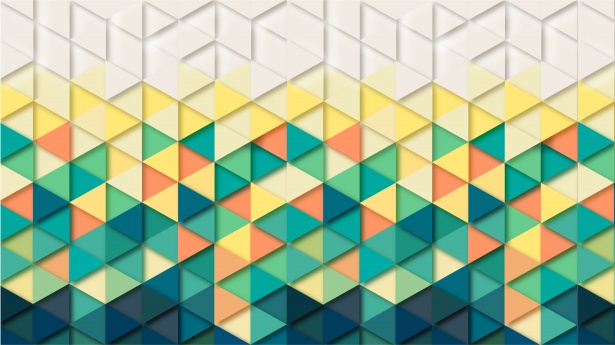 The first executive I worked with to rebuild their reputation was a talented executive with integrity.

He’d been named in negative media coverage 10 years before and the media coverage still haunted him. He’d done what most people do when their name is dragged through the mud in the media; he hid. Kept working at executive level in a privately owned company, but he had no online profile.

He did what most people do when their name becomes a media crisis: everyone hides. And then they keep hiding until they don’t know how to come out. They quietly take a role at a similar level but a smaller company and life goes on (ex-CBA CEO Ian Narev comes to mind). Unless they’re a big enough name that the media reports on their new role and then the past is dredged up. They never get back online, fearing journalists and trolls. They never talk to the media again. But those articles, and any story about them in the future, will always mention the crisis. So they’re never truly past it. With that in mind, years on Ian is rebuilding his reputation.

Ian aside, Christine Holgate is the leader currently setting the standard for how you can rebuild your reputation after a crisis without disappearing for years.

What if one day you’re leading a business that is at the forefront of managing the disruption and innovation COVID-19 forced upon many businesses? Then the next day your name is saturating the media with allegations of misconduct due to the Cartier watches you paid for via Australia Post and gave to several executives. The Prime Minister weighs in. Posties are claiming you’ve never delivered a letter in your life.

You step down. You disappear to everyone but the people who know you personally. Your situation is a real-life ‘trial by media’ and the successful corporate career you built over decades is shredded.

Despite this, in the past few weeks, Christine Holgate has shown any executive who finds themselves in this scenario how it’s done (Christine is now the CEO of Aus Post rival, Global Express). That yes you retreat, but you use that time to prepare to reemerge strongly so that you – and everyone else – can move on. Christine’s silence made her voice stronger when she reemerged. There’s a lot that can be talked about and obviously much I don’t know because it can’t be publicly disclosed, but I’ve followed the media coverage since the beginning, so here’s a few reasons why I think she’s handled it well:

PR 101 is that in the aftermath of a media issue or crisis you go quiet and allow the media and your audience to move on. Christine did this (for many reasons, obviously). A couple of months ago I Googled Christine to see if she’d spoken to the media since last year. She hadn’t. Google was filled with headlines about Scott Morrisson and Pauline Hanson and $34,000 hotel stays and watches watches watches. It was a car wreck and it made me wonder, what was she going to do? Did she have any future with corporate Australia? How long was she going to hide? How does anyone overcome something like this?

She didn’t disappear for too long

Christine went quiet like most executives do when something like this happens. Many execs go silent and don’t create a plan to re-emerge, but Christine has. In this way, Christine is treating her career and professional reputation as a valuable commodity that is in her control. She has planned her re-emergence just like a business does after it experiences a media issue or crisis.

She called out the themes around her crisis, making this bigger than simply an ‘exec doing wrong’

In her Senate inquiry submission, Christine is clear about ‘doing no wrong’ and calls out being bullied and humiliated until her role was untenable. She is clear about her stance that a man would not have been treated like she was. In this way, her situation has become an example of bullying, of sexism in corporate Australia, and gender equality. This enabled her story to move on from being about Christine and expensive watches. It will become an example for women in leadership and she has already sparked passionate conversation due to her submission and strategic media coverage.

The media was already on her side

While Christine was quiet, there were several headlines between the mainstream media clickbait that showed Christine is respected and has allies in the media. This article in The Australian opens with the statement: We have just witnessed one of the most successful CEO character assassination campaigns ever attempted in Australia. The target was in one of Australia’s best chief executives —who happens to be female — Australia Post’s Christine Holgate. This means the media wanted to hear her side of the story when she reemerged, as we’ve seen.

She chose one medium to tell her story

Christine’s crisis played out primarily in mainstream media and that’s where she is re-emerging. With select TV interviews to announce her appointment with Global Express, headlines followed for the rest of the day. The media attention on Christine, her profile before the crisis and the profile of Aus Post means TV is the right place for Christine to tell her story. Fortunately, others were rallying her cause on social media with #reinstateholgate and a petition calling for her return, so she had additional support there.

I’ve seen other executives use other platforms with impact too. When construction company Grocon was in court with INSW over Barangaroo, chairman and CEO Daniel Grollo used LinkedIn to tell his version of events at the same time as media reported on the case.

In early media reports, it’s mentioned (negatively) that Christine engaged Domestique to handle the media. But, the way she is currently turning this crisis into what looks like will be her making might be early proof that engaging them is worth the investment.

It’s early days and I know many of us will be watching Christine in her new role. Not just to see what she does with the business, but how she will continue to evolve her reputation as a female leader. It could be making of her and her leadership, as well as inspiration for female leaders everywhere.

Download my free e-book on how you can overcome the most common barriers to building your reputation.

I’ve recently created a 90-day accelerator program for leaders who want to get their reputation strategy right from the start and get results faster. Learn more here.

If you’d like to know more about working with pilotPR you can watch our quick intro video here or find me on LinkedIn here.

Angela Cross is a reputation strategist who works with c-Suite leaders and brands to build and protect their reputations through PR, corporate social media, industry profiling, stakeholder engagement, and effective issues management. If you would like to build your reputation with purpose and authority, email her here.

Sharing the human you: deciding what’s right for online platforms
Scroll to top